Between 13 March and 15 April 1958, six SAC B-47s were lost while performing LABS (Low Altitude Bombing System) training runs. LABS called for B-47 crews to fly toward target sites at very low level then pop-up to about 18,000 ft. Once they hit the altitude they would drop their bomb and perform an Immelman turn; this maneuver allowed the crew to literally toss their bomb and then get away quickly. Unfortunately this put create stress on the large bolts (known as Milk Bottles) that attach the wing spar to the bulkhead fittings. In some cases these bolts snapped causing the crashes. Project MILK BOTTLE (1958-1966) was a modification program that alleviates some of the risk and extended the overall life of the B-47. And it goes without saying; SAC limited the use of LABS. 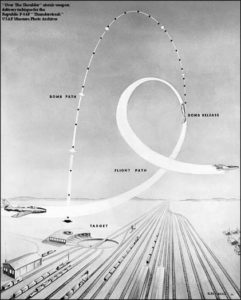 A year of missiles for SAC, the 702nd Strategic Missile Wing (ICM SNARK) was stood up on 1 January 1959 at Presque Isle, Maine. The Wing did not receive its first missile until 27 May, the ICM (Inter-Continental Missile) SNARK was designated a surface-to-surface, non-ballistic, sub-sonic missile. The first Titan Wing, the 703rd Strategic Missile Wing was assigned to the 15th Air Force on 15 January 1959 (without missiles) at Lowery AFB, CO. At that same time the 706th Strategic Missile was stood up at F. E. Warren AFB, WY also without missiles. The first Atlas launch occurred 9 September 1958 at Vandenberg AFB, CA. The Atlas D traveled approximately 4,300 miles at 16,000 mph. The first Atlas was placed on alert at Vandenberg on 31 October 1959. 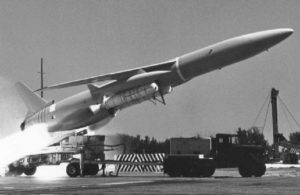 The summer of 1960 was an exceptionally hot time during the Cold War. The United States was dealing with a failed cover-up of the Francis Gary Powers U-2 incident when the Soviet Union shot down a SAC RB-47 off their coast; over international waters. The incident left 4 dead crew members and two survivors, LT John McKone and LT Bruce Olmstead; both were picked up by Russian fisherman and turned over to the KGB. McKone and Olmstead were held in the famed Lubyanka prison in Moscow; the same prison as Powers. Not wanting to appear weak to the Russian people, the Soviet government held off from releasing McKone and Olmstead until 28 January 1961. Powers on the other hand was not released until 10 February 1962. The difference, Powers was shot down over the Soviet Union and the RB-47 was over international waters. 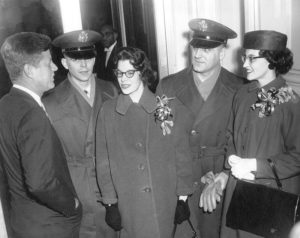 During the heated Cold War of 1960, Secretary of Defense Thomas Gates Jr. saw the need to consolidate the strategic target planning for all nuclear and atomic weapons. Although Strategic Air Command controlled the majority of nuclear weapons the Navy also played a crucial role with nukes aboard ballistic missile submarines and the Army possessing an inventory of atomic bombs. Secretary Gates established the Joint Strategic Target Planning Staff (JSTPS) with members from each branch of service. SAC would head the group as they had the most experience in strategic targeting and the JSTPS being located at an underground space in Building 500 (SAC HQ) at Offutt AFB. Their job was select the best targets should the need arise. Despite popular lore, the targets chosen over the decades were military and command control targets and not large civilian populations; though civilian casualties on both sides would be inevitable in a nuclear war. 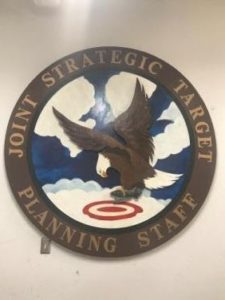 SAC responded well to the heightened stress between the United States and Soviet Union. Beginning on 1 July 1960 SAC launched it airborne command post aboard modified KC-135Bs (renamed as EC-135Cs). The mission of the airborne command post was to provide SAC with an alternate command post should SAC Command Center at Offutt AFB were destroyed by an enemy attack; the wings and bases could still be in communication with command. Begun as Project LOOKING GLASS (since it mirrored the command post at Offutt) The EC-135s were equipped with antennas and radios to communicate with all SAC bases, personnel, and aircraft worldwide. Each mission was designed to span 8-hours, capable through refueling, and be relieved by the next Looking Glass aircraft prior to landing. Six months after the testing phase began CINCSAC Thomas Power ordered the project operational and kept at least one EC-135 Looking Glass in the air at all times until July 1991. 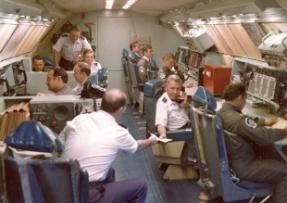