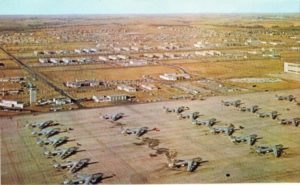 On the 14th of October, 1962, a SAC U-2 made a startling discovery; intermediate range ballistic middiles being installed in Cuba. MAJ Richard Heyser made the flight and took the pictures of Soviet missiles being installed a mere 90-miles from the United States. Follow-on flights occurred over the next few days by the 4080th Strategic Reconnaissance Wing (U-2s). By October 22 a quarantine was ordered and SAC Battle staffs were placed on 24-hour alert, B-47 Stratojets were dispersed to predesignated military and civilian airfields, additional bombers and tankers were placed on alert, and the B-52 Airborne alert was expanded to include bombers in the air round-the-clock. Tragedy struck on 27 October with the crash of a 55th Strategic Wing RB-47 upon take-off at Kindley Air Force Base, Bermuda; killing all four crew members. Also on the day MAJ Rudolph Anderson was killed when his U-2 was shot down by anti-aircraft fire over Cuba. The Dooms-Day clock stopped before midnight by 20 November after the Soviet Union agreed to withdraw all ballistic missiles from Cuba. Also part of the deal was the removal of US Jupiter missiles from Turkey. 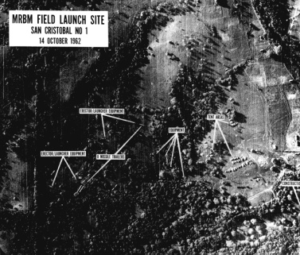 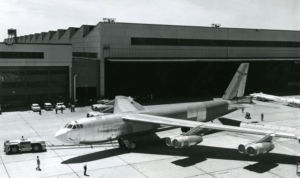 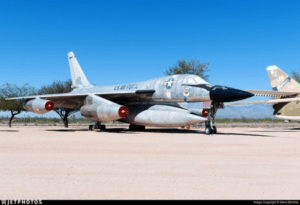 The 1963 Cold War classic, “A Gathering of Eagles” highlighted the stress and strain as well as the professionalism and courage of service with Strategic Air Command. GEN Curtis LeMay, serving as Air Force Chief of Staff, authorized access to Beale AFB, CA and filming of B-52 Stratofortress, KC-135 Stratotanker and other operations. The film also used footage of Titan I missile site. The central event within the plot revolves around an ORI (Operational Readiness Inspection) and the removal of a base commander. ORIs for Strategic Air Command were always a surprise and often filled with concern. 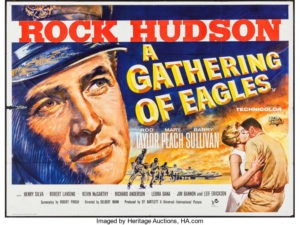 Demonstrating the range and speed of the Convair B-58 Hustler, Operation Greased Lightening provided that opportunity. Three B-58s departed Japan on 16 October 1963 with a final destination of London, England. Major Sidney J. Kubesch, Major John Barrett and Captain Gerard Williamson crewed Convair B-58A-20-CF Hustler, serial number 61-2059 arriving 8 hrs. 35 mins 20 sec with an average speed of 692.71 mph. Kubesch and crew had to slow down five times for refueling. This flight showed the USSR how fast our bombers could deliver.