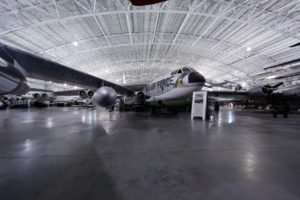 Jumping backwards again, just to give some scope to the true size, power, and lethality that made Strategic Air Command such a deterrent force, let’s look at some numbers. When SAC was formed on 21 March 1946 it employed 37,092 personnel (officers, enlisted & civilians) and 279 aircraft spread out to 18 bases within the United States. Its peak in each of these areas were 1962 with 282,723 personnel; 1960 with 66 bases world-wide utilized, and 1959 with 3,207 aircraft. Since SAC did not start with missiles we look at the years when SAC held it maximum number of missiles. If we look just at ballistic missiles, 1978 was the largest inventory with 1,237 Titan and Minuteman missiles. If we look at all types of missiles (ballistic and cruise), SAC had 3,741 missiles in 1985. This included Titan, Minuteman, SRAM and ALCM. 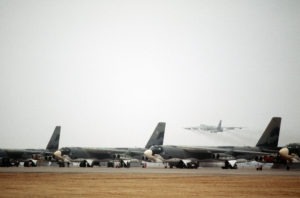 Ok, now where was I, oh yes doing a little catching up. Not wanting to simply go chronological but we cannot skip over 1966. This was the year that SAC received its first Lockheed SR-71 Blackbird, the high flying reconnaissance aircraft that outran all that dare pursue. The SR-71 was the third aircraft of Operation Oxcart and first flew in 1964. SAC received a B model to begin evaluating and training crews. The 4200th Strategic Wing out of Beale Air Force Base, CA would be the first unit to receive the aircraft. It was also unfortunately in 1966 that SAC experienced the tragedy over Palomares, Spain. A B-52 collided in mid-air with a KC-135 Stratotanker during a high-altitude refueling operation. Four crewmembers survived though sadly seven were lost. The B-52 was carrying four B-28 thermonuclear bombs. Two of impacted with a TNT-type explosion releasing some nuclear material. The United States removed some 1.4-tons of contaminated soil and vegetation from the area. One weapon went unaccounted for nearly 3-months until located 2,500 below the sea and recovered by Bolster-class rescue & salvage ship USS Hoist (ARS-40). 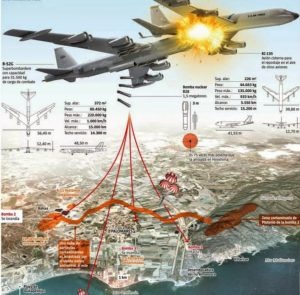 Well since I have started this rambling and backtracking and I feel I have neglected SAC missiles, not intentionally mind you. So let us take a moment to recap, at least the beginnings. Project development for a sub-sonic and a super-sonic ballistic missile began A around the same time SAC was created. The MX775A and MX775B (SNARK and BOOJUM respectfully) were proposed, though the MX775, a super-sonic ballistic cruise missile, was consider too ambitious and canceled. The SNARK (SM-62), SAC’s first ballistic missile took approximately 13-years to become operational and was retired two years later. What is viewed as SAC’s first ICBM (Intercontinental Ballistic Missile), the Atlas (SM-65) began development also in 1946 with an Army Air Force contract awarded to Convair. The Atlas was developed to replace the SNARK and became operational also in 1959 but would continue service until 1964. The Titan rocket began as a back-up plan should the Atlas program be delayed. The first Titan I (SM-68A/HGM-25A) launched in 1959 though the Titan I would not be operational until 1962 and retired a few years later. The Titan II (LGM-25C) would serve until 1987. Now this is a rushed in simple overview of early development of SAC’s ICBM force. The SAC missile program encompassed many more types of missiles and may demand it’s own development story for no other reason than to discuss SAC’s roll in putting American’s into orbit.

In 1971, on the occasion of the 25th Anniversary of Strategic Air Command (SAC) the SAC Consultation Committee requested a trophy be present each year to the command’s best wing as a token of recognition and appreciation from the citizens of Omaha. The first official presentation was to the 379th Bomb Wing (Heavy) Wurtsmith, AFB, MI, though an Omaha Trophy was presented to the 93rd Bomb Wing, Castle AFB, CA for its outstanding performance during the Vietnam War and winning the SAC Bombing and Navigation Competition in that year. The last Omaha Trophy presented to a SAC unit was 1991 to the 2nd Bomb Wing, Barksdale AFB, LA for its role in the Gulf War. The 596th Bomb Squadron, 2nd Bomb Wing flew the longest, at that time, combat mission; 35.4-hours. The official name of the mission was SENIOR Surprise but unofficially it was known as “Secret Squirrel”. 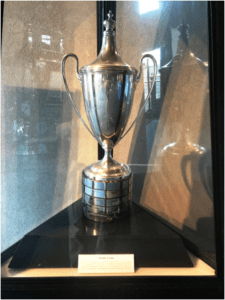