The technology and innovation of SAC transcended to the civilian sector but sometimes SAC took a hands-on approach. On 13 February 1986 a heart was being readies for removal then transplant. The challenge, once a heart is removed doctors only have 4-hours for transplant. The problem was the donor was in Oklahoma City and the recipient was in Hartford, Connecticut, there were no civilian aircraft could accomplish that flight. The 393rd Bomb Squadron, 509th Bomb Wing responded with two FB-111s and a KC-135 to make the 1,415-mile flight, averaging 700-mph, in order for doctors to complete the transplant in 3-hrs 59-mins from the time the heart was removed. Five weeks later the FB-111 crew, representing all SAC members involved, held a press conference with the recipient who had received well. 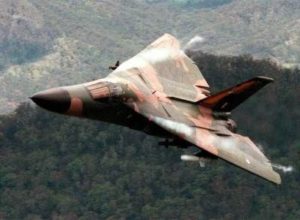 Following the April 2, 1986 TWA 727 airliner bombing and the nightclub bombing in West Germany three days later was too much for President Reagan. Libyan leader Colonel Muammar al-Qadhafi was know to support and even sanction acts of international terrorism. Operation EL DORADO CANYON, meant to be a pre-emptive strike against future attacks against American resources. The operation called for USAF TAC F-111s to strike terrorist camps in Libya with support from SAC KC-135 and KC-10 tankers. Due to SAC EWO commitments and politics prohibited SAC from sending B-52s or FB-111s. 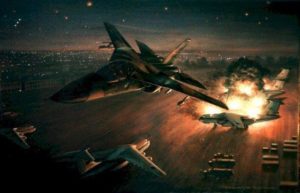 SAC’s corresponding deterrence to the Soviet Union’s mobile missile launchers was the Peacekeeper Missile Rail Garrison. The plans called for a 25 specially equipped trains to roll along 150,000 miles of track. Each train would consist of two security cars, two missile launch cars, a missile launch control car, and a maintenance car. The trains would be spread out to 11 SAC bases when not on alert. All launch controls were synced with airborne command post ALCS and could be launched remotely. President Bush terminated the Peacekeeper Rail program on September 27, 1991 following a hardliner coup against Premiere Boris Yeltsin and their ability to centralize the government greatly diminished. 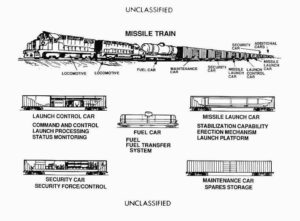 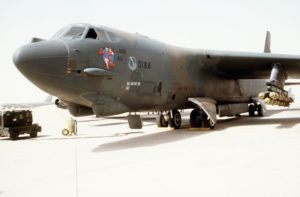 With its humble beginnings March 21, 1946 at Bolling Field, MD, Strategic Air Command (SAC) would grow to become the most powerful military force on the planet. Given the mission to deter all nuclear threat during a very long hard Cold War, SAC did just that. Following the success of the Gulf War and the collapse of the Soviet Union SAC had surpassed its mission. On June 1, 1992 Strategic Air Command was ordered to stand down and was decommissioned. “The horror of WWIII never happened, you kept the peace.” GEN Colin Power, Chairman Joint Chiefs of Staff (ret) remarked during the ceremony. For more than 46 years SAC warriors were challenged and the stood. As Air Force Chief of Staff Merrill McPeak stated “Since 1946 SAC has had to get it right every hour of everyday.” To all those who had the honor and duty to serve as part of Strategic Air Command, you stood the watch, you won the Cold War, thank you. 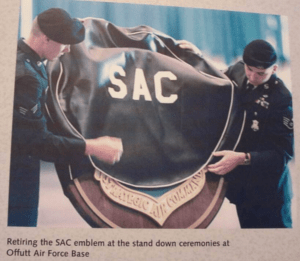