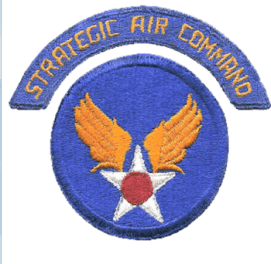 Not long after it’s creation SAC embarked on Operation Nanook, mapping the vast Artic region for the best route from Alaska to Iceland. The 46th Reconnaissance Squadron began the process with F-13s; early un-armed B-29s converted for reconnaissance; frin 1946 to 1948. The majority of the crews for the 46th Reconnaissance Squadron were handpicked from the 449th Bombardment Group at AAF Grand Island, NE. Artic navigation was dangerous at flying that far north, mangnetic compasses were not always accurate and many crews would get lost of the frozen landscape and sea, run out of fuel and crash. Operation Nanook was important to establish the instrument base flight rout allowing bombers to shift deployment quickly from the eastern edge of Soviet Union to the western border. 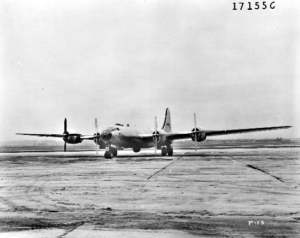 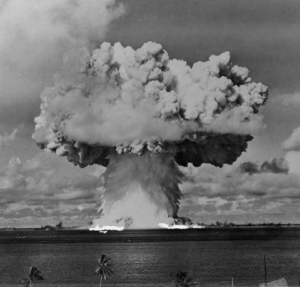 One of the first big operations for Strategic Air Command (SAC) was Operation Crossroads, July 1-25, 1946. The 509th Composite Group was the only unit capable of carrying and dropping atomic bombs. The mission was to test the results of dropping atomic bombs the size of Fat Man (the bomb dropped on Nagasaki, Japan, 1945). The first test was on July 1 by the B-29”Dave’s Dream” piloted by MAJ Woodrow Swancutt. The mission was to detonate the bomb (named Gilda after Rita Hayworth’s lead character int eh 1946 film of the same name) 520 feet above a 73 ship fleet. In this peacetime exercise, the ships ere unmanned and resulted in the sinking of five ships and severely damaging nine. Another bomb was dropped on July 25 and detonated underwater. A third test was planned to detonate a deep submerged bomb was cancelled.

Activated out of Grand Island AAFB the 28th Bombardment Group would move to Elmdorf AAFB, Alaska for training in the 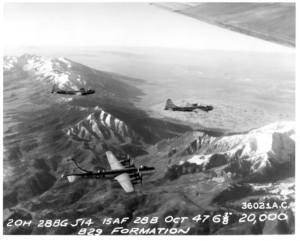 harsh climate and geography of the artic. The 28th would ultimtaely comit some of their B-29s to a training exercise known as maximum effort; focused on hundreds of B-29s completing simulated bombing runs over major US cities.

But due maintenance and supply issues within SAC, 44% of the bomber were left at their home bases. 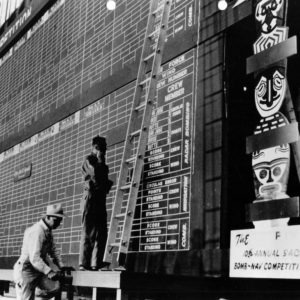