Born in LaSalle, Illinois, in 1916, Ed Mauser was 23 years old when he was drafted into the U.S. Army on January 17, 1942. While at Fort Benning, Georgia, Mauser was waiting to be assigned to a unit when he saw, for the first time, men jumping out of planes. The paratrooper was a new concept for the Army and it was so dangerous that only volunteers could be accepted and they were paid an extra $50 a month. Ed Mauser jumped at the chance to join and one week later he had become a paratrooper and joined the airborne. After earning his jump wings, he was transferred to Fort Bragg, North Carolina where and was assigned to E Company, of the 506th Parachute Infantry Regiment, of the the 101st Airborne’s. Also known as Easy Company.

Private 1st Class Ed Mauser’s first mission was the night of June 5, 1944, as he sat inside a C-47 “Skytrain” preparing to jump behind German lines at Normandy, France. A rough encounter with German Anti-Aircraft fire caused Ed Mauser to drop backwards out of the plane, but landing softly among a herd of cattle. Eight hours later, Mauser experience his first taste of combat when he and other platoon members exchanged fire with German soldiers fighting from a house. The fight ended when the Germans surrendered.

Ed Mauser, and the rest of Easy Company, made a second jump later that year in Operation Market-Garden where they liberated the village of Eindhoven and captured several bridges and roads. They also defended the city of Bastogne, Belgium, during the Battle of the Bulge where Mauser received his first and only wound of the war when a German mortar landed in a barn where he was taking shelter. Easy Company liberated the Dachau concentration camp, saving thousands of starved Jewish prisoners and took over Adolf Hitler’s mountain fortress, the Eagle’s Nest. The 101st Airborne Division ended the war in occupied Austria, where Mauser learned of the dropping of the Atomic Bombs on Japan and was sent home.

Ed Mauser returned to Illinois where met a girl named Irene while bowling. They were married not one year later. They moved, in 1960, to Omaha, NE, where he became a professional watch and jewelry repairer. Ed Mauser kept his war experiences a secret from his family and never attended any Easy Company reunions. That all changed in September of 2001 when the HBO series, Band of Brothers, aired. Although he was never portrayed in the series, Ed Mauser received letters from all over the country requesting his autograph. After Irene’s passing in 2008 Mauser made efforts to revisit his past and reunite with his buddies from Easy Company, meeting five of them, some for the first time in 65 years, at an organized public fundraiser at the Strategic Air and Space Museum in Ashland, NE, in 2009. Even with all the notoriety and new found fame Ed Mauser never considered himself a hero, stating that “I was just one of the boys. I did what I was told, and let’s leave it at that”. He also returned to Europe twice as a guest veteran on historical tours with Stephen Ambrose, the author of Band of Brothers, where he was treated as a celebrity and thanked by locals.

On January 10, 2011, after hearing that Major Dick Winters, the commander of Easy Company, had died on January 2, Edward Mauser commented, “He’s leading the way for me, one last time.” Ed Mauser died 11 days later on January 21, 2011. 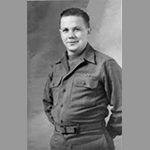 Click on the video below for an in-depth look at the C-47 aircraft with our curator! 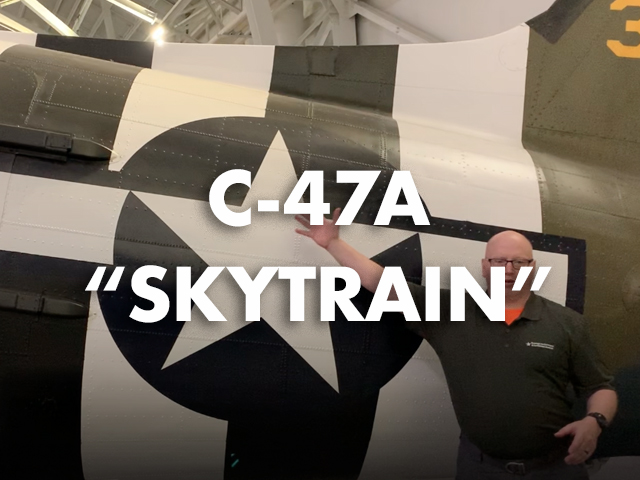