Perilous Journey: Capt. Lee Seemann and the B-17

Born in Omaha, NE, 1920, Lee Seemann did not show much interest in aviation other than going on a

few rides with a family friend from Wahoo who owned his own plane. While he attended Central High

School (Omaha, NE), Seemann excelled academically and in sports, but one of his proudest high school

memories was being a part of the JROTC Crack Squad. Between his Junior and Senior Year, he and the

other cadets won the national competition 1937.

endeavors. Following graduation in 1942 he was inducted into the U. S. Army as a 2nd LT. Seemann

reported to the 1,300-acre Santa Ana Army Air Field in August. Though his drill training at Central High

School made him a stand out leader, he quickly realized his did not want to be in the infantry.

Following his brother George’s advice, Seemann submitted paperwork for transfer to the air forces. His

first flight training was with a civilian instructor with the Rankin Aeronautical School, Tulare, CA. Pictured

with an instructor and then solo.

While training to become a bomber pilot, Seemann served as co-pilot to gain experience. His training

eventually took him and his crew to Kearney Army Air Field, NE, While stationed there, they would fly

their B-17 to Omaha and call up Seemann’s mother to pick them up. The crew would spend the

From his first combat mission, 14 January 1944, Seemann faced adversity with a can-do attitude. He and

his crew would complete four missions over Frankfurt and two over submarine pens, facing fighters and

illness. It was also the mission his crew was shot down. By 20 February, he had a whole new crew and

On 23 March 1944, Seemann’s aircraft was hit on the return flight from Brunswick (Braunschweig). They

ultimately lost two engines and only escaped German fighters by flying into the clouds. Seemann and his

crew had to ditch in the North Sea and faced possible capture from a German patrol ship. They were

ultimately rescued by the crew of HMS 515 and returned to England.

On 21 June 1944, Seemann and his crew participated in a shuttle bombing mission. The mission led

them deep into Germany and rather than try to fly back to England, they would land in Russia. Pictured

is the camp at the Poltava airstrip, a temporary camp for Allied bombers.

Approximately 4 hours after landing in Russia, German bombers made several runs trying to destroy the

B-17s. Seemann said this was a good picture of the Russians at Poltava who were trying to help the

American crews. He assumed they had never been more than 25 miles from home before the war. The

B-17s would be flown south to Tehran, Iran, then on to Egypt, Libya and back up the Atlantic coast to

Following the German bombing of Poltava, the B-17s were flown a short distance to another camp

where they were hidden under some trees. Since there was no equipment to move the aircraft, large

groups of Russian soldiers pushed the B-17s. Seemann and some of his crew pose with some of the

Russians at the second airfield.

After returning from their ferrying mission; that took them through Russia, Iran, Egypt and Libya;

Seemann and his crew completed three more missions, including a tactical bombing in support of the

Normandy Invasion. Following their 33rd mission the crew was informed they were done and soon to be

rotated home. LT Lee Seemann was photographed in the pilot’s seat of his B-17 near the end of his tour.

Following his service in WWII, Seemann met his wife, Willa, and worked as a branch manager for

International Harvester before starting his own company, Seemann Truck and Trailer. Standing in front

of B-17 Homesick Angel, located at Offutt AFB, Seemann reminisces of his flying days. The B-17 on

display at the SAC Museum has been restored to look the same as the B-17G he flew. 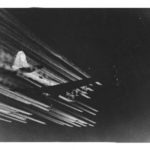 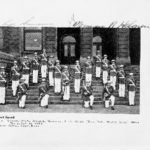 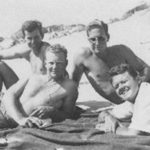 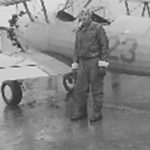 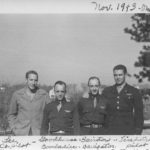 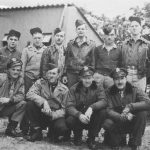 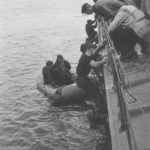 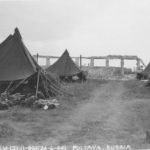 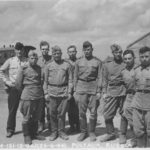 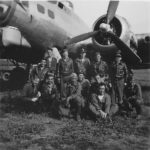 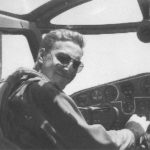 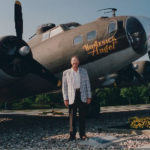 Click on the video below to check out our "Courage from Above" exhibit walkthrough to learn more about Lee Seemann other WWII pilots. 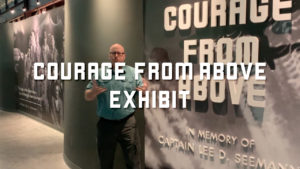