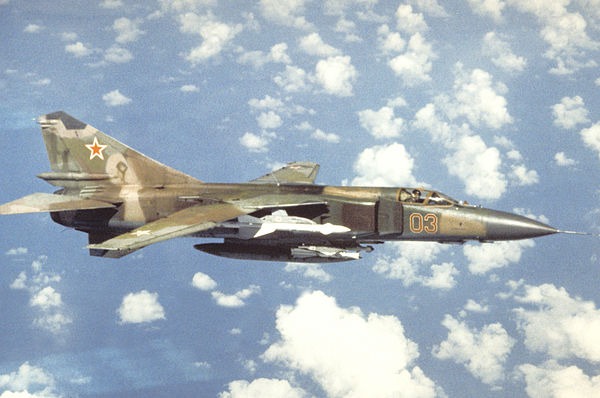 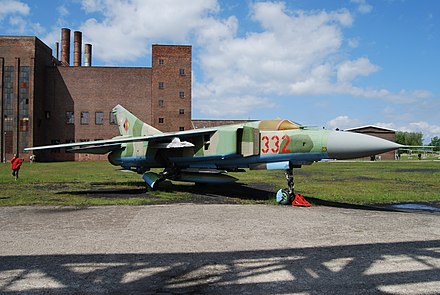 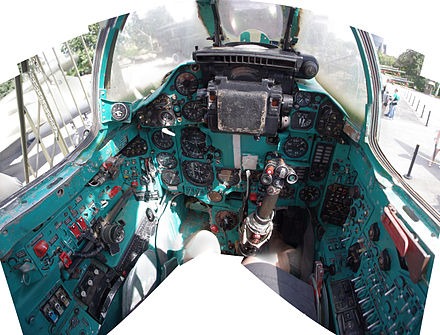 The MiG-23 is a variable swept wing, single-engine aircraft designed as a follow-on to the MiG-21 Fishbed. It was designed to combat a variety of US rival fighters like the McDonnell-Douglas F-4 Phantom II and Republic F-105 Thunderchief but the new General Dynamics F-111 posed a distinct threat. The Flogger is roughly 2/3 the size of the F-111, had a single-seat cockpit rather than the two-side by side cockpit of the F-111 and the Flogger carried just one engine.

We are very excited to receive this MiG-23. Our aircraft (#0390324630) is a Flogger G. It is one of five the National Museum United States Air Force received from the former GDR (German Democratic Republic) on 27 March 1991. The original tactical number for our aircraft was Red 338; though the West Germans put the number Black 20+15 on the side.

Red 338, the East German designation for our MiG-23 Flogger served with the 9th Fighter Regiment, East German Air Force. An oddity about our aircraft coming from the NMUSAF is that the tail section is not original. The PIMA Air & Space Museum requested the loan of one of the other MiG-23s in the collection but upon inspection requested that the tails be swapped with our aircraft. Our aircraft still retains the original serial number and identification. This means our aircraft has the tail of a MiG-23MLD (FLOGGER K) but the main body of a MiG-23ML (FLOGGER G).