Throughout the Cold War, Strategic Air Command trained for all scenarios in all types of terrain and climate. Thousands of SAC warriors can probably relate many winter snow storm stories of being on the flight line doing maintenance, security and alert flights not to mention missileers and communications in the remote areas. But today makes me think of a particular snow storm or rather a series of snow storms from the winter of 1948/1949. Retelling from Nebraska History.gov; it all started on November 19, 1948 when the first storm hit Nebraska. A second storm hit December 29 and followed by the major storm of January 2-5, 1949. According to Nebraska Historian Dr. Harl Dahlstrom, some areas received as much as 90-inches from the three storms with drifts as high as 25 to 30 feet. Though State and Highway crews fought the great battle, they could not keep up. Trains were stalled, routes to farms drifted over, entire towns were closed off; the only possible transportation was by air. 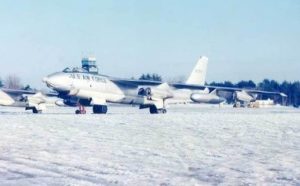 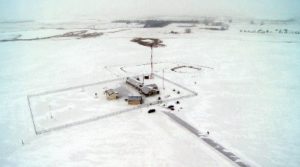 The Nebraska National Guard was called out to help clear routes and deliver needed food and fuel to homes and help stranded farmers searching for livestock. The task was too great for the tasks proved too great for the Guard and those of the surrounding states. On January 28, 1949, Maj. Gen. Lewis A. Pick was named to direct one of the U.S. Army’s most extensive peacetime rescue operations-Operation Snowbound. The bulldozers and the weasels of the Fifth Army moved in, and during twenty-three days of operation; Project Snowbound covered 193,193 square miles covering four states, saved 4,011,184 cattle, 243,780 people rescued, 115,136 miles of roadway cleared, utilized 1,600 pieces of heavy equipment and a 6,000-man workforce. In Nebraska alone, Project Snowbound opened 87,073 miles of road, liberated 152,196 persons from snowbound homes, took 35 sick persons out to receive medical care and hospitalization, and gave more than 3,500,000 head of livestock access to feed. 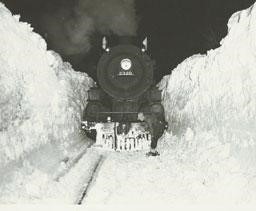 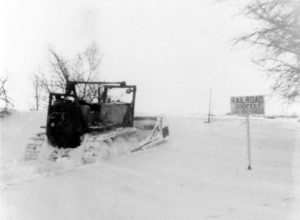 Army and National Guard Dozers were joined by those from civilian contractors.

The Army could not do all of this alone, Strategic Air Command stepped up to assist with air operations. Centered out of Offutt AFB and pulling leaders from 11 other bases, SAC planned the logistical air operations portion of Project Snowbound. Providing C-45, C-47, B-25, and B-17 aircraft, flying 39 mission totaling 153 flight hours and carrying over 140,000 pounds of cargo, SAC played an integral part in supporting the hard-hit western states. They flew from 7 different bases covering Kansas, Nebraska, South Dakota, North Dakota, and Wyoming. Their missions included loading and delivery of hay, feed, medical supplies, repair parts, equipment, food supplies, blankets and clothing, personnel to help snowbound livestock, families and entire communities. SAC trained personnel provided reconnaissance; finding stranded farmsteads and cattle for supplies to be dropped.

Now this is just a superficial summary of all the operations, military and civilian personnel who worked through the elements, obstructions and fatigue in a desperate time of need. 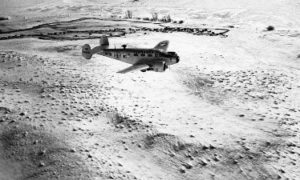