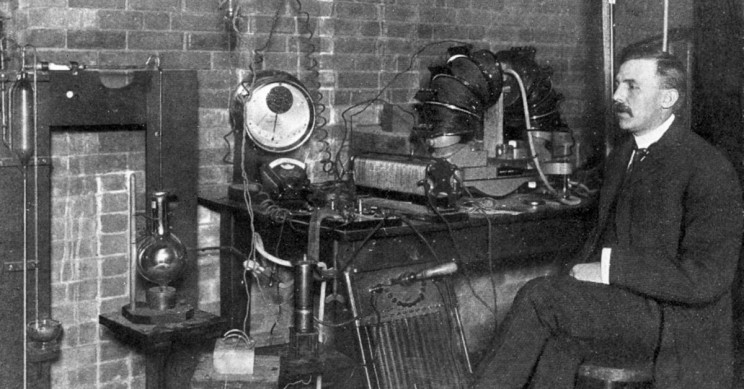 The Race For the Bomb: Part 1

Where the Atom Began

Ok, we are not really going the beginning of atoms but rather early atomic research. Dating back to 1908, New Zealand born, British scientist Earnest Rutherford received the Nobel Prize in Chemistry for his work in radioactive substances. His more important accomplishments occurred after he moved to Victoria University of Manchester, England where he theorized that atoms have their charge concentrated in the very small nucleus. Through his theories and experimentation he discovered the emission of subatomic particles that would become known as protons. In 1920 his leadership led to the discovery of the neutron and the controlled splitting of a nucleus, 1932.

The scientific world of atomic physics was rather small and closely knit. Hungarian physicist Leo Szilard learned of Rutherford’s work with splitting atom nucleus and theorized that if you can create a nuclear chain reaction you can generate a lot of energy or possibly a really big bomb. Together with Italian Physicist Enrico Fermi, Szilard patented the concept of an atomic pile or nuclear reactor. This would be a continuous atomic chain reaction.

In 1936, German chemist Otto Hahn had been following the work of Rutherford, and Fermi among many others. Hahn along with Lise Meitner, Otto Frisch, and Fritz Strassman explored the theories of nuclear fission. Nuclear fission is when an unstable atom splits into two or more smaller pieces that are more stable, and releases energy in the process. The fission process also releases extra neutrons, which can then split additional atoms, resulting in a chain reaction that releases a lot of energy. It would be in 1938 when Hahn and Strassman would discover and prove nuclear fission and come to understand the incredible energy it could release.

As I began, do we really have Adolf Hitler to thank for the US building the first Atomic Bomb? With the rise of the Nazi Party in Germany in the early 1930s and the oppression and persecution of the Jews beginning in 1932, many Jews immigrated to other parts of Europe and the United States. With the politicization of the German education system, many of the great scientific minds in Germany also fled to other parts of Europe or to America. The racism directed at the Jews also defined some the critical sciences; nuclear physics and quantum mechanics; as Jewish science and denounces by the Third Reich. 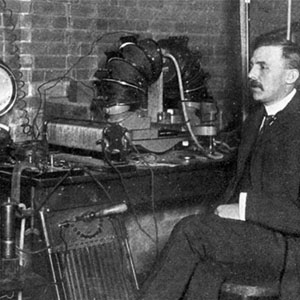 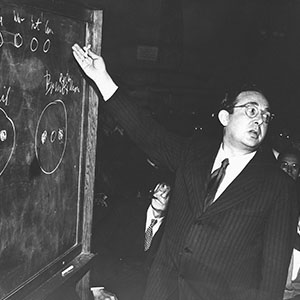 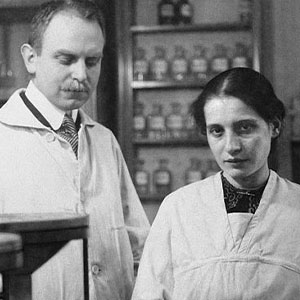 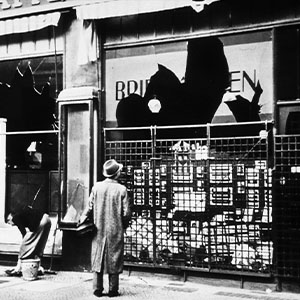