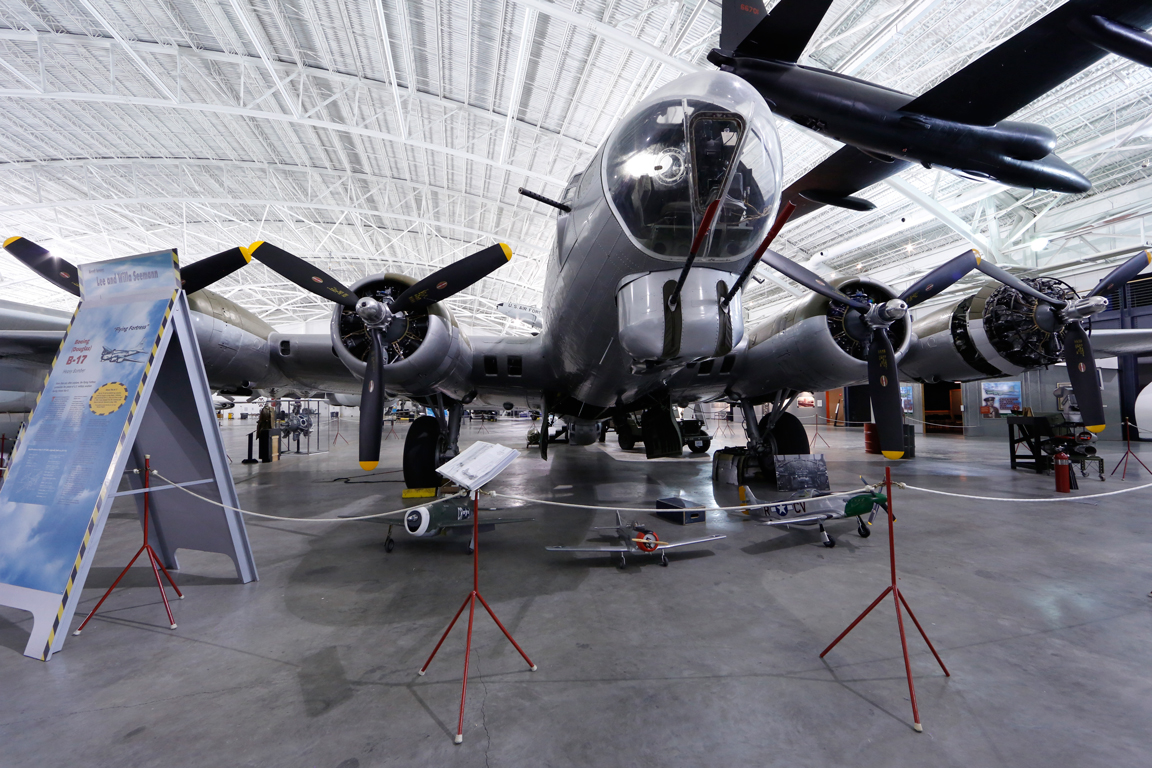 On September 26, 1934 the United States Army Corps allocated $275,000 to Boeing to design and produce a four-engine bomber. Within eight months the Boeing Project 299 produced the first B-17 Flying Fortress.  The inaugural flight took place on July 25, 1935.  Exactly one month later the B-17 flew from California to Wright Field in Ohio, covering a distance of over 2,000 miles in nine hours (averaging 233 MPH).  The Army Air Corps officers called the plane “Boeing’s Aerial Battlecruiser.” Later, it was officially designated the XB-17.

The B-17 Flying Fortress effectively operated in all theaters of operation during World War II. In addition to the American Air Corps, the Royal Air Force used a number of XB-17s during WWII.  The German Luftwaffe even used captured XB-17s to drop spies into Britain. After World War II, the Army Air Corps distributed several B-17s to nations including Isreal, Sweden, and a number of countries in South America. Later, the United States Air Force utilized retired B-17s as targets for remote controlled drone target planes.

The Air Force relegated S/N 44-83559 to the Strategic Air & Space Museum at Offutt AFB, Nebraska. The Fortress was flown to the Museum in May 1959, and has been on continuous display ever since.