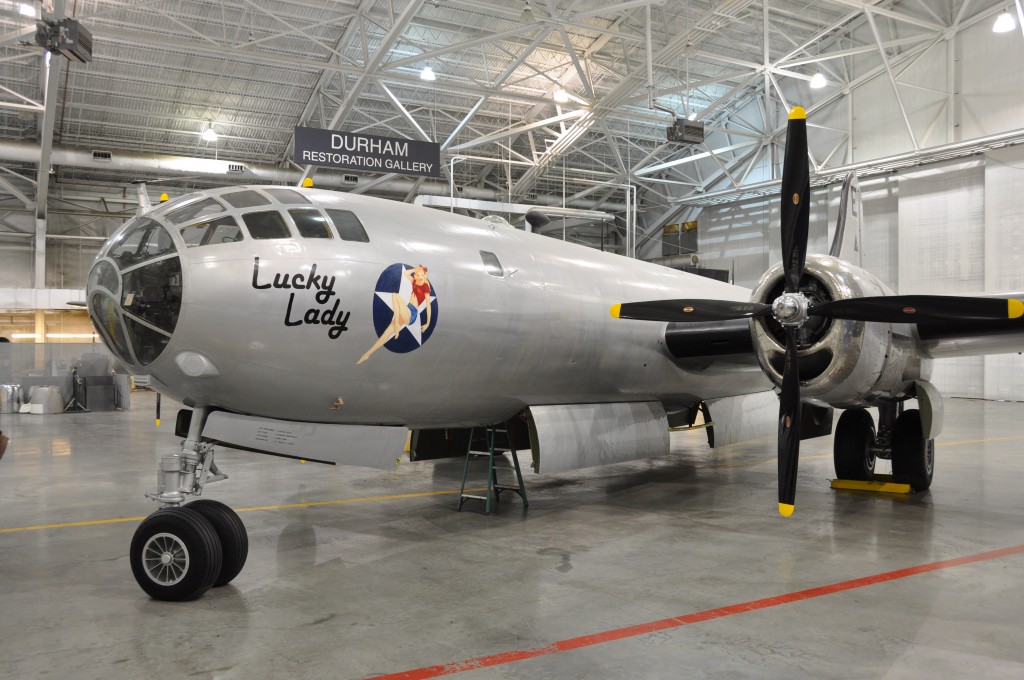 The Boeing B-29 Superfortress was the most advanced bomber aircraft to see operation service in World War II. The Army Air Force used it in low-level, night incendiary attacks against Japan. The aircraft also successfully aerial-mined the waters surrounding the Japanese mainland during WWII.  The Enola Gay, arguably the most famous B-29, dropped the world’s first nuclear bomb on Hiroshima.  Three days later, on August 9, 1945 another B-29 named Bockscar dropped a second atomic bomb on Nagasaki.

When SAC was established in 1946 it exclusively used B-29s. They were used in the conventional bombing role during the Korean War (1950-1953). B-29s flew their final bomber mission in 1954 , thereafter serving SAC in specialized roles such as reconnaissance and as tanker aircraft.

July 1959- To 3902nd Air Base Wing (SAC), Offutt AFB, Nebraska and dropped from inventory by transfer to the Strategic Air & Space Museum