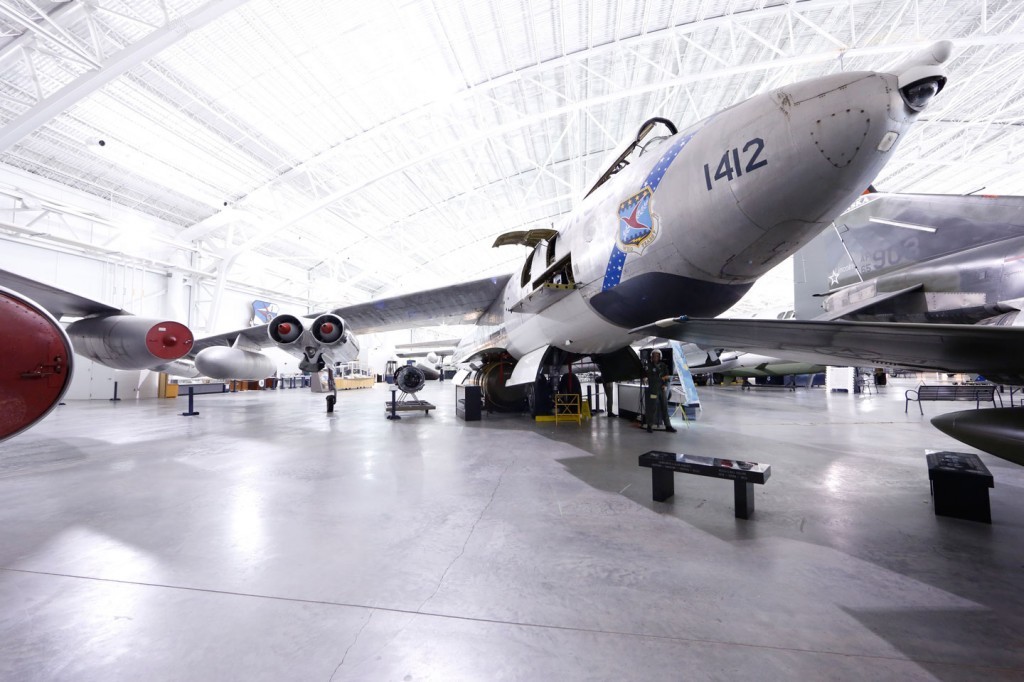 The Boeing B-47 Stratojet was the first swept-wing, jet-propelled bomber produced in large numbers. It was in many respects a revolutionary aircraft. Bill Gunston, a leading aviation writer, has observed that the B-47 was “design so advanced technically as to appear genuinely futuristic.” In addition to its high speed and sleek configuration, the B-47 was highly automated. This permitted a reduction in crew from 11 men in a B-50 (of roughly the same gross weight) to only three men, and the deletion of all gun armament except for a remotely controlled tail turret. Speed and defensive electronics permitted the elimination of the large number of guns found in earlier bombers.

The U.S. Army Air Force issued its first requirement for a jet bomber late in 1943. Boeing initiated several designs, with post-war examination of German aircraft data indicating the advantages of the swept-wing configuration. Subsequently, Boeing developed a design with thin, laminar-flow wings swept back 35 degrees, with six turbojet engines mounted in twin and single pods beneath the wings. These were supplemented with provisions for solid-fuel rockets in the rear fuselage for accelerated takeoffs. The main landing gear was fitted in tandem, extending from the fuselage, with smaller wheels on outriggers extending from the wings. Between the main landing gear wells was the single bomb bay, which could accommodate a single gravity nuclear weapon or 10,000 pounds of conventional bombs (up to 22,000 pounds maximum in overload condition).