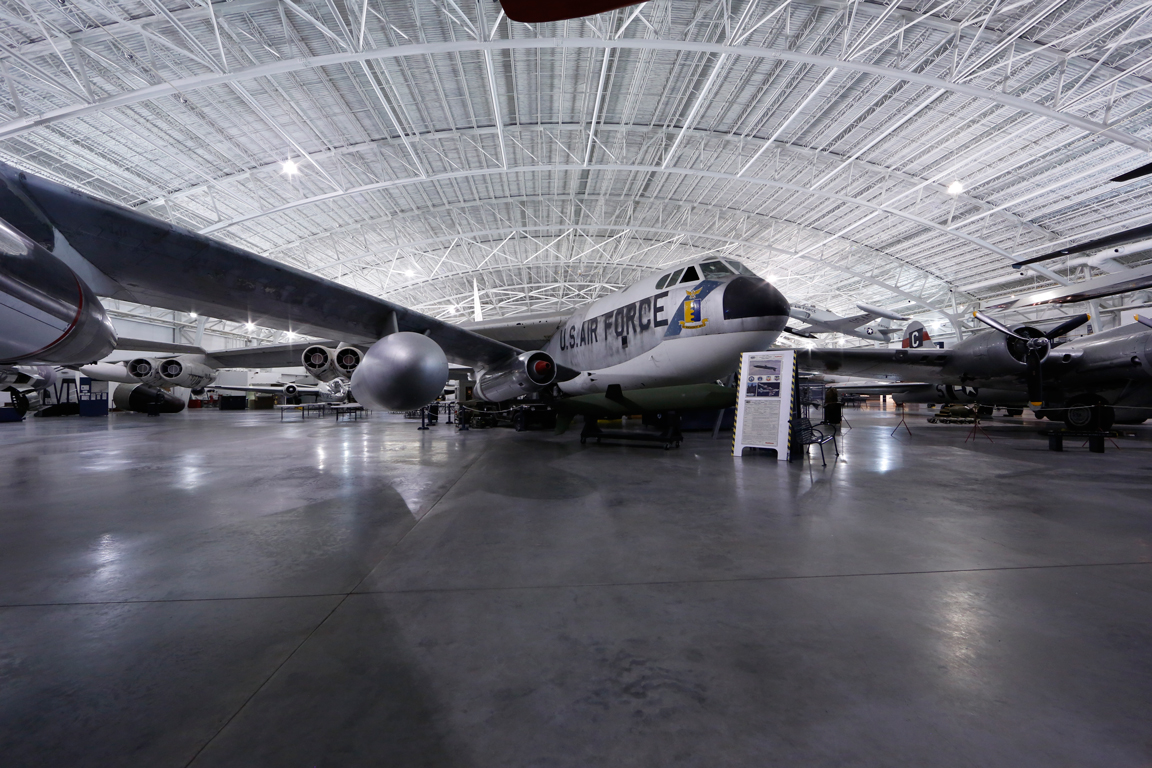 Sponsored by the Boeing Company

Significance of Type: The Boeing B-52 "Stratofortress" has been the principal bomber of the Strategic Air Command since the 1950s. In 1990, it was operated by 12 of SAC’s 18 bomb wings. The B-52 was designed to provide a high-altitude strategic bomber with intercontinental ranges. However, the range goals were not met during design, and the B-52 gross weight was “frozen” at about 480,000 lbs, with in-flight refueling to permit long-range missions.

The B-52 is capable of both conventional free-fall bomb delivery and air-to-ground missile launch missions. B-52s were used in conventional bombing roles in the Vietnam War. Although originally designed as a nuclear bomber, the existing B-52 force may be deployed in various conventional missions, including show of force (as in Desert Storm), precision strikes, and defense suppression. The plane’s capabilities also include sea surveillance, surface ship air interdiction with anti-ship missiles, and aerial mining.

September 29, 1965- Dropped from inventory by transfer to the SAC Aerospace Museum