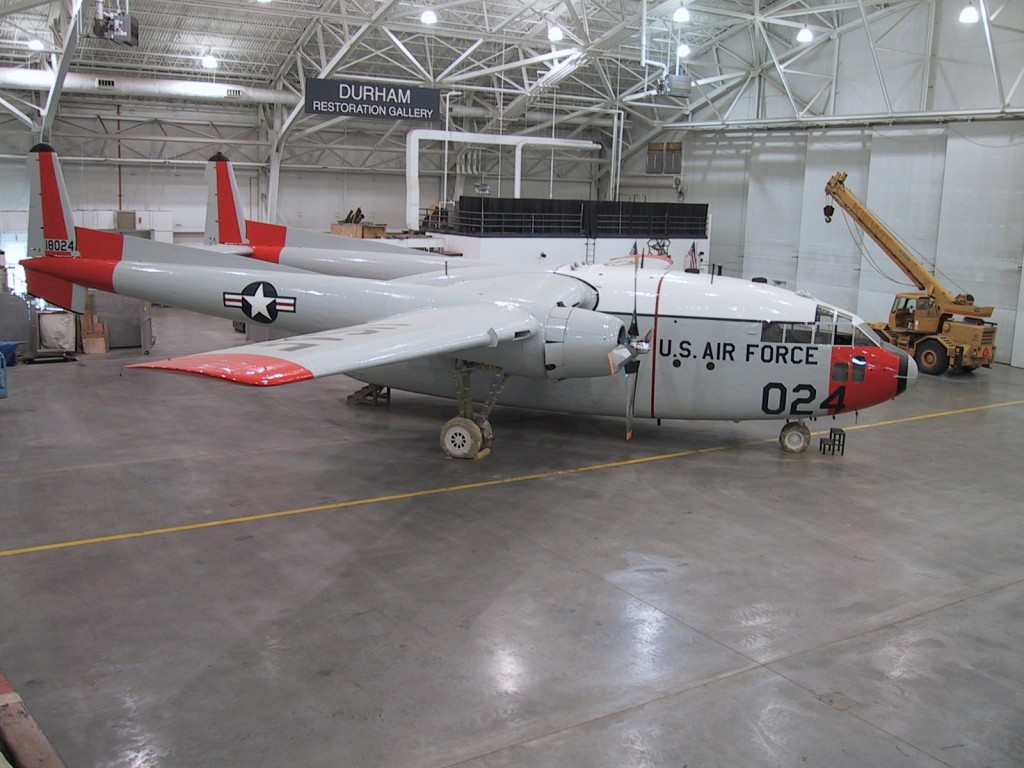 The C-119 design began in 1941 as the XC-82 Packet. It was first flown on 17 November 1947, at Fairchild Aviation Company’s Hagerstown, Maryland plant. The XC-82 was the first American aircraft designed during World War II specifically for a fast, mobile, cargo-carrying function. It entered production as the C-82A, a twin-boomed transport powered by two Pratt and Whitney R-2800-85 air cooled engines rated at 2,100 horsepower each. The C-82 was used in the Berlin Airlift during 1948, but was not as well publicized as the more numerous C-47s or C-54s. In 1947, the 137th production model C-82A was extensively modified into the XC-82B. This plane had a relocated crew compartment for improved vision, a wider fuselage, strengthened wings and larger engines. Because this aircraft was more than a new version of the C-82A, the Air Force redesignated the plane the C-119 and nicknamed it “The Flying Boxcar”. When production of the C-119s ended in 1955, 1,151 planes had been built, half of which were still in service in 1969.

About Our C-119G, S/N 51-8024L : The Museum’s C-119 was manufactured by Fairchild Aircraft, Hagerstown, Maryland, and delivered to the USAF on January 5, 1953. Below are the unit assignments of this aircraft: