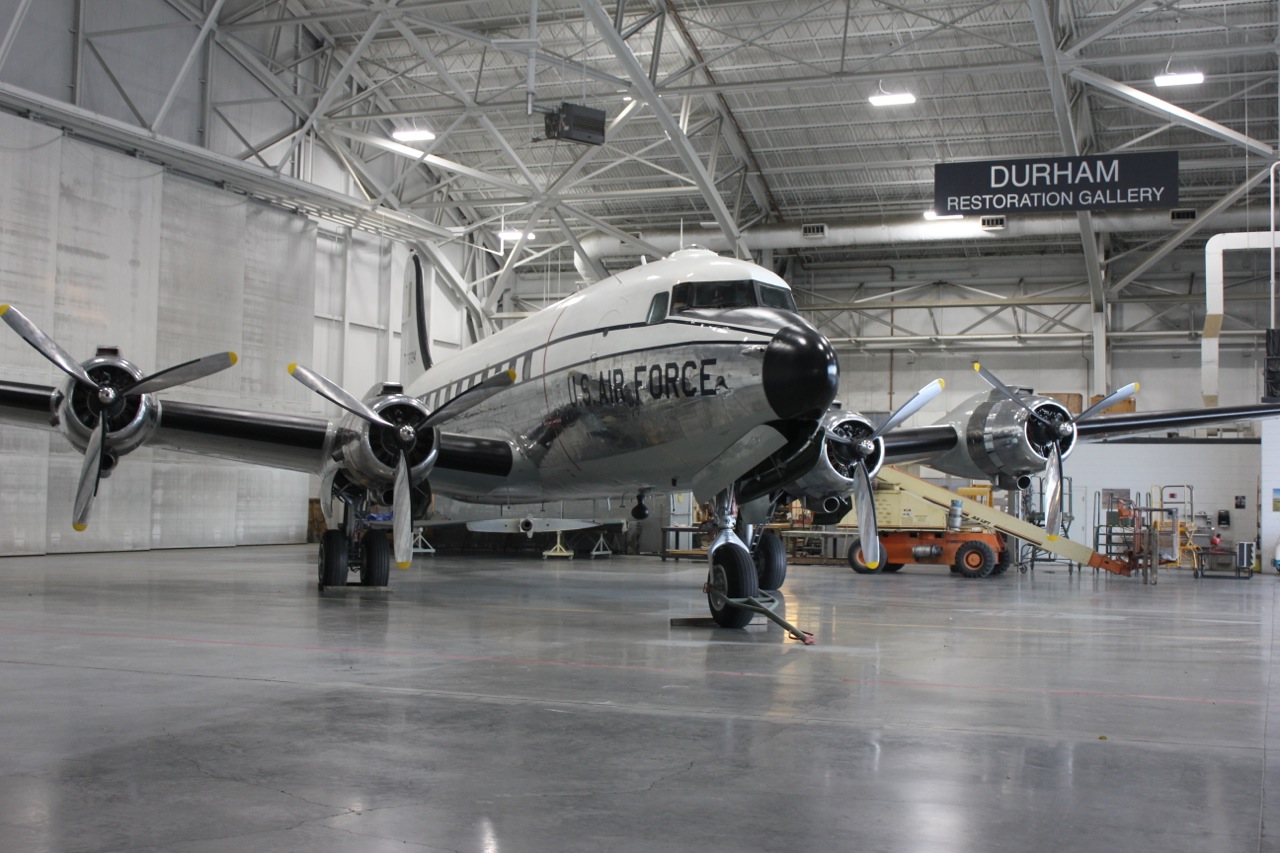 The C-54 and its sister, the DC-4, were designed in cooperation with five major United States airline companies. The Douglas design was bigger, longer ranged, and was powered by four engines. The prototype first flew in June 1938. The original design was considered too large for economical operations, resulting in a subsequent scaled down forty-two passenger version.

When the United States entered World War II, the DC-4 was taken over by the Army Air Corps and redesignated the C-54. Maximum load was 28,000 pounds of cargo or fifty passengers. The first C-54 military transport flew in February 1942, and over 1,000 plane s were produced. When the war ended, the growing airline industry demanded the C-54 as a suitable passenger plane. It was returned to the DC-4 configuration. During the Berlin Airlift in 1948, every C-54 the USAF had was pressed into service to supply the isolated city. Many C-54s were later converted into litter-carrying planes for use during the Korean War, returning 66,000 patients to the United States. The last C-54 in the SAC inventory was used by Davis Monthan AFB in Tucson, Arizona.