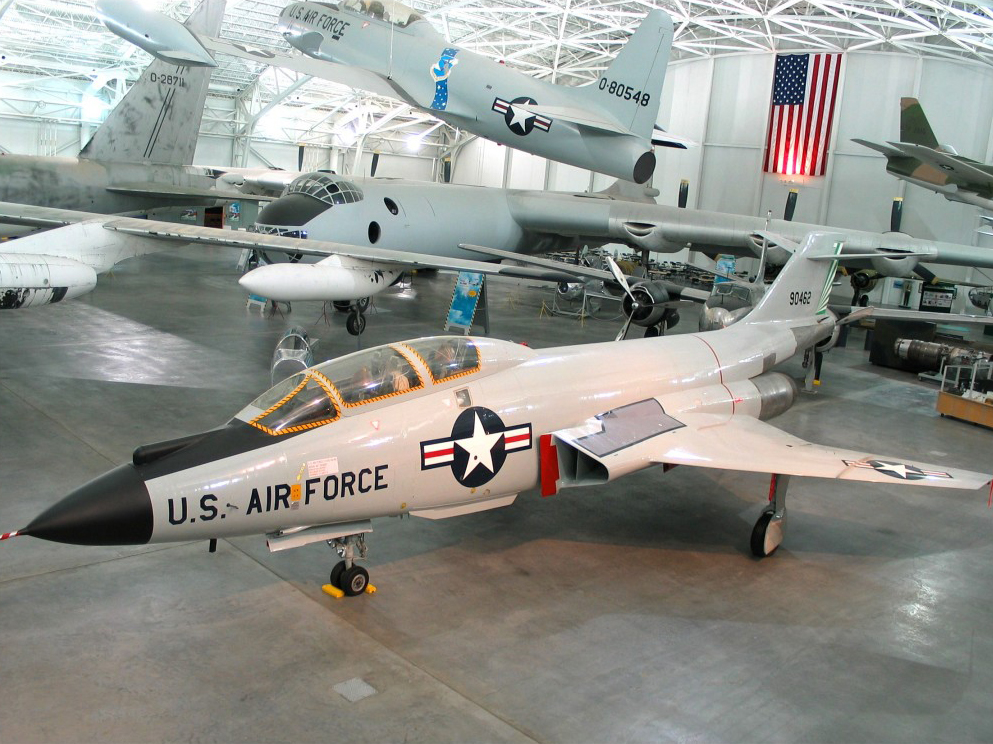 Designed to serve with the Strategic Air Command as a long-range escort and “penetration” fighter, the F-101 was developed subsequently for both tactical and air defense roles. At the time of its introduction into service, it was the heaviest single-seat fighter ever accepted by the USAF. McDonnell engineers began design studies of a penetration fighter in 1945, and detail design work started in June 1946. Two prototypes of this design were built as the XF-88 and XF-88A, flight trials started on October 20, 1948, but a change in tactical requirements and a shortage of funds led to cancellation of the project in 1950.

In 1951, a new USAF requirement for a long-range fighter to serve with SAC as a B-36 escort led to a revision of the original XF-88 design, which, with an additional fuselage bay for extra fuel, and J57 turbojets in place of J34s, and was designated as the F-101.

February, 1970- Dropped from inventory by transfer to the Strategic Air & Space Museum