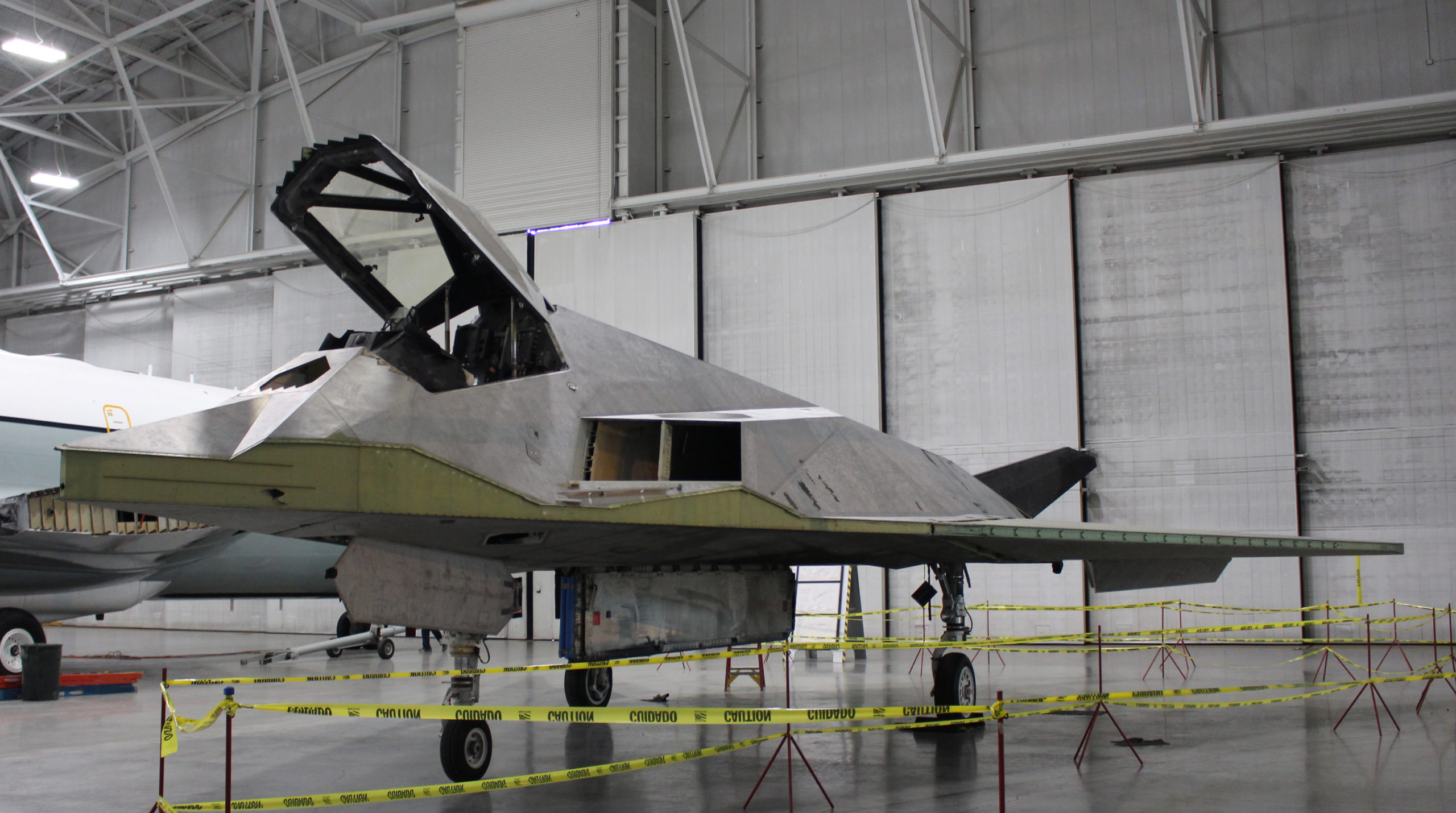 The Lockheed F-117A was developed in response to an Air Force request for an aircraft capable of attacking high value targets without being detected by enemy radar. By the 1970s, new materials and techniques allowed engineers to design an aircraft with radar-evading or "stealth" qualities. The result was the F-117A, the world's first operational stealth aircraft.

The aircraft on display (85-0831) made its first flight on October 20, 1987 and flew its entire career with the Combined Test Force at Plant 42, Palmdale, CA. Our aircraft was one of four that remained in Palmdale, as part of the 410th Flight Test Squadron after the program retirement date of April 22, 2008. Flown with the Skunk Works logo painted on the underside in 1991 for Ben Rich’s, Lockheed Skunk Works Director, retirement, and our aircraft later made the last flight of the program on August 11, 2008. Our aircraft had the highest test flight hours (2,720.7) of the program.