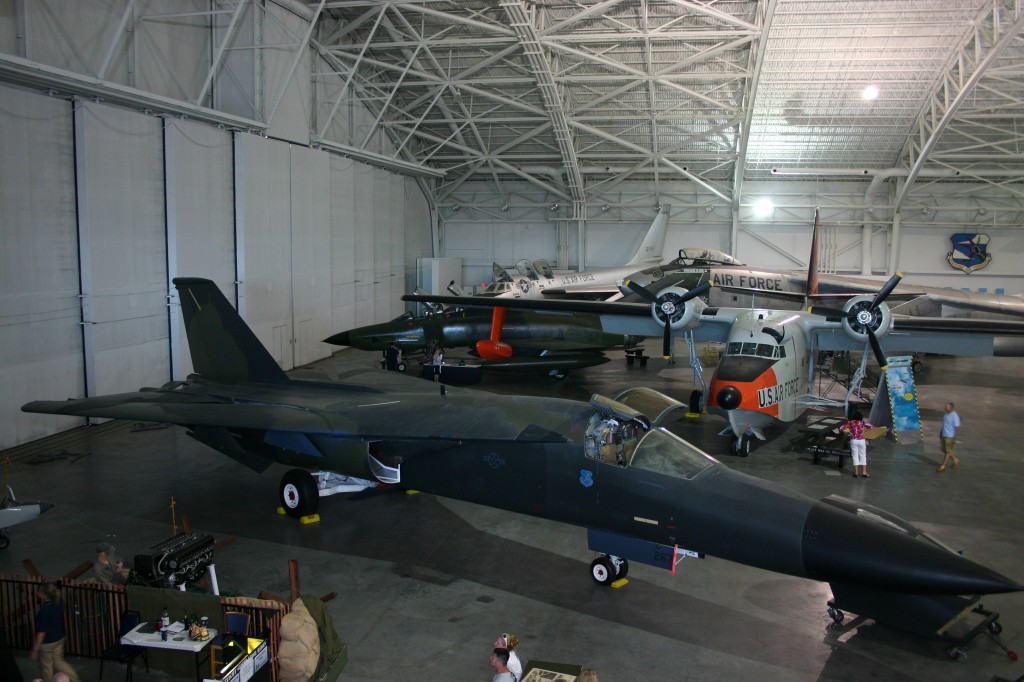 The General Dynamics FB-111 was SAC’s medium-range bomber, capable of flying supersonic speeds at 200 feet above the ground and twice the speed of sound above 35,000 feet. It was the strategic/theater bomber version of the F-111 multi-purpose aircraft. It differs from the tactical strike variants by having different engines, a 3 1/2-ft extension on each wingtip, strengthened landing gear and fuselage, greater fuel capacity, and improved avionics. The FB-111 wing’s low minimum sweep angle of 16 degrees and a high maximum sweep angle of 72.5 degrees allow relatively low take-off, landing, and stall speeds as well as supersonic, low-altitude penetration flight.