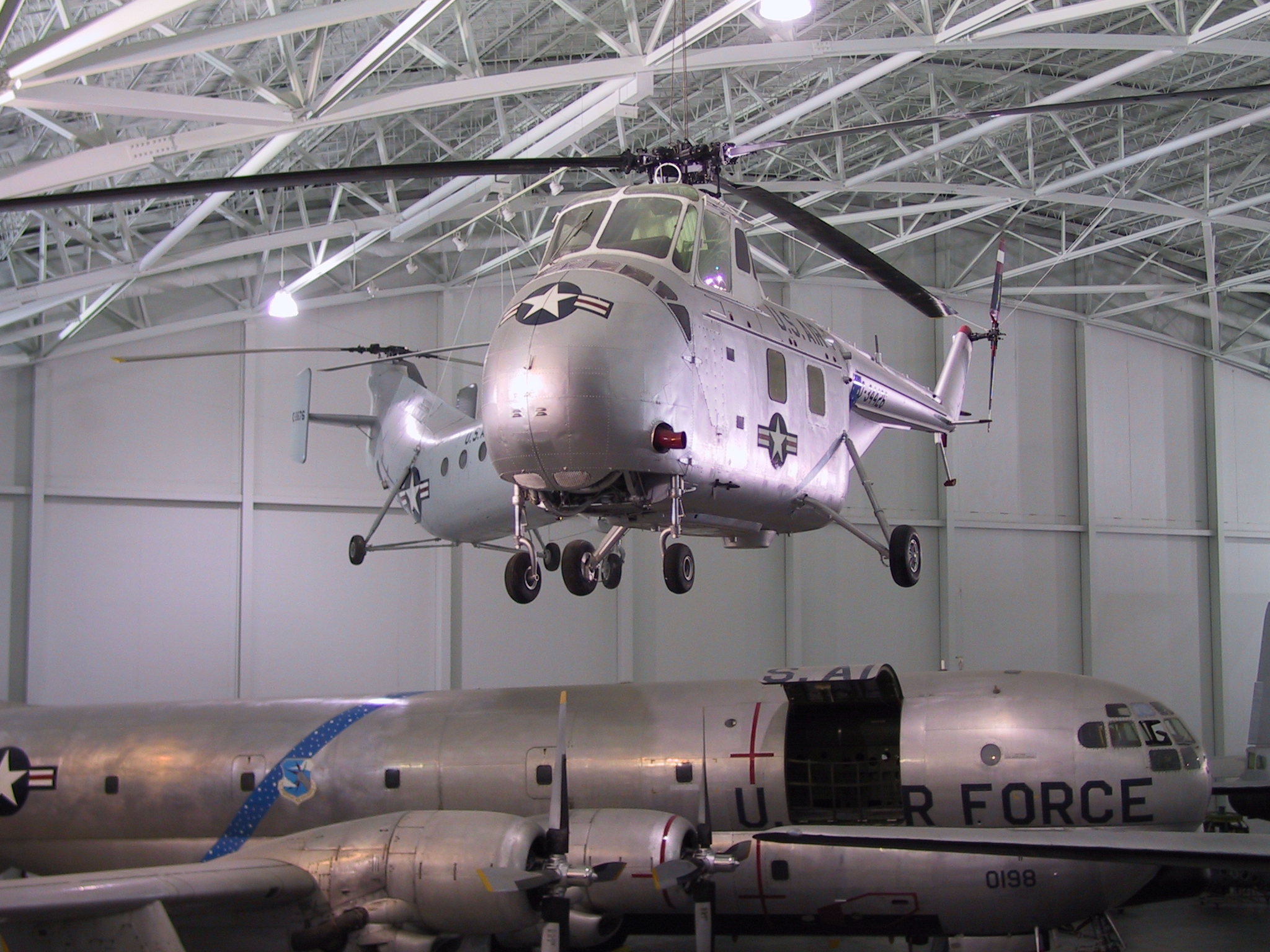 The UH/HH-19 Chickasaw is the original Air Force “Whirlybird” helicopter. It was first test flown during November 1942. It was developed from the Sikorsky S-55 and was the first transport helicopter to receive Civil Aviation Authority approval for commercial operation. The first Military version was test flown in November 1949, and production continued until March 1961. The Korean War provided a rigorous proving ground for the Chickasaw’s payload carrying capabilities.

In July 1952, two Military Air Transport Service H-19s completed the first transatlantic helicopter flight from Westover AFB, Massachusetts to Prestwick, Scotland by way of Labrador and Greenland. This flight was completed in 42 hours and 25 minutes.