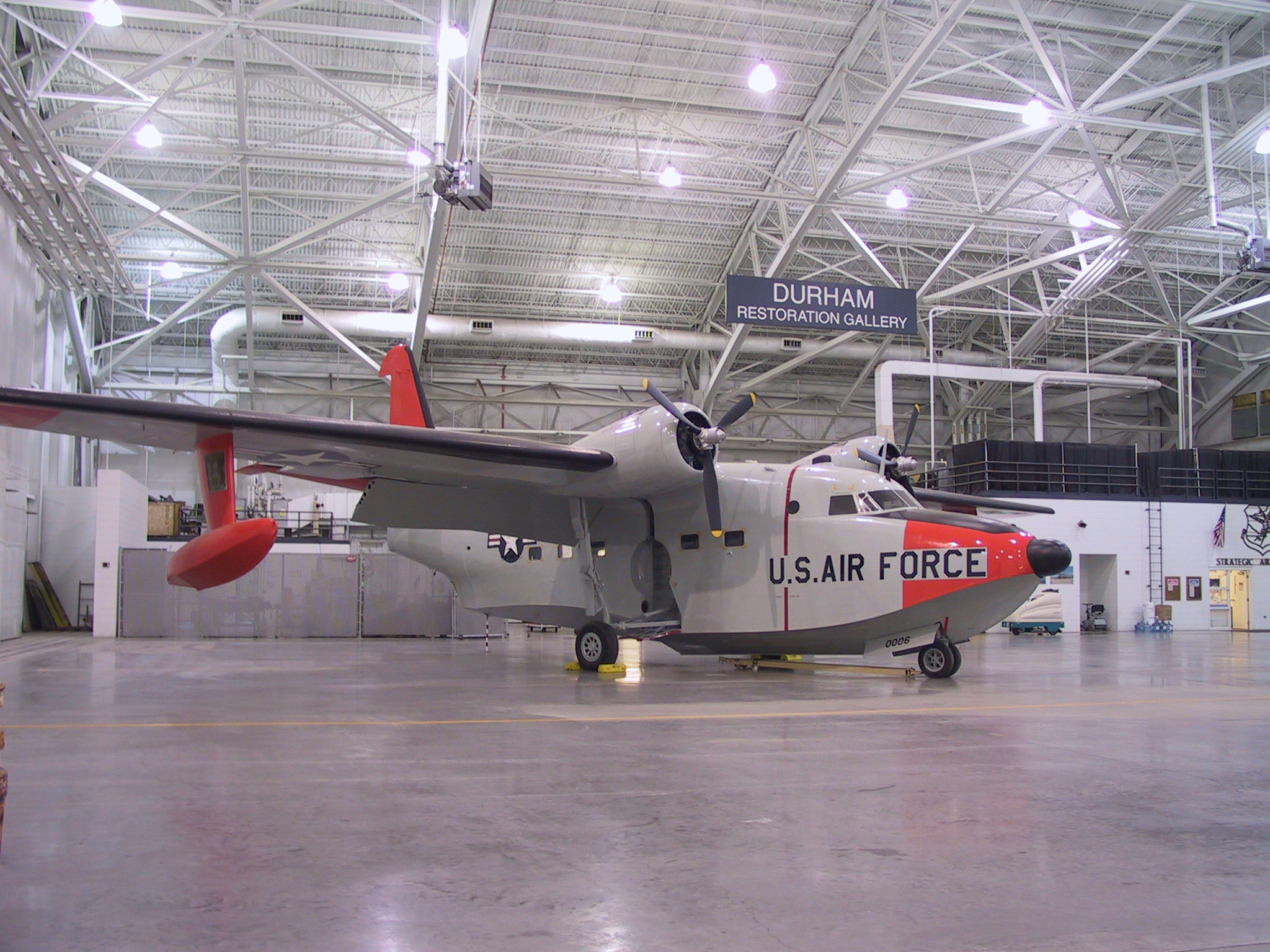 Number Built: Grumman delivered a total of 297 SA-16As to the USAF; others were obtained on USAF contracts for foreign air forces under Mutual Defense Aid. Most of the SA-16As were assigned to the MATS Air Rescue Service. Because of increasing weight and decreasing p erformance, the Air Force sponsored a major modification program in the mid 1950s. The new aircraft designated SA-16B first flew in January 1956. The SA-16B differed from the SA-16A by the addition of 70 inch wing section outboard of the engine and a 39 in ch wing-tip extension coupled with leading edge wing camber to replace the leading edge slots. Because of the increased wing area, the ailerons, fin and stabilizers were increased in size. The SA-16B became the HU-16B in 1962. All but 21 of the SA-16Bs wer e converted from the SA-16A. The USAF retired their HU-16 in 1973 with some 55 being transferred to the Coast Guard.

The Albatross began as a Navy aircraft. The initial Navy contract was for two XJR2F-1 prototypes, the first taking to the air on 1 October 1947. During development, the Navy had decided its initial order would be for Anti-Submarine-Warfare aircraft (ASW) designated PF-1As. The Air Force became interested in using the Albatross as a search and rescue platform (SAR) and ordered procurement as the SA-16. The initial Air Force order was for 52 SA-16s, the first of which was delivered in July of 19 49. Ironically the Air Force was the first service to receive a production aircraft, because the Navy had dropped its procurement of the Albatross as a ASW platform and instead ordered six UF-1 utility aircraft.

May 21, 1970- Dropped from inventory by transfer to the Strategic Air & Space Museum