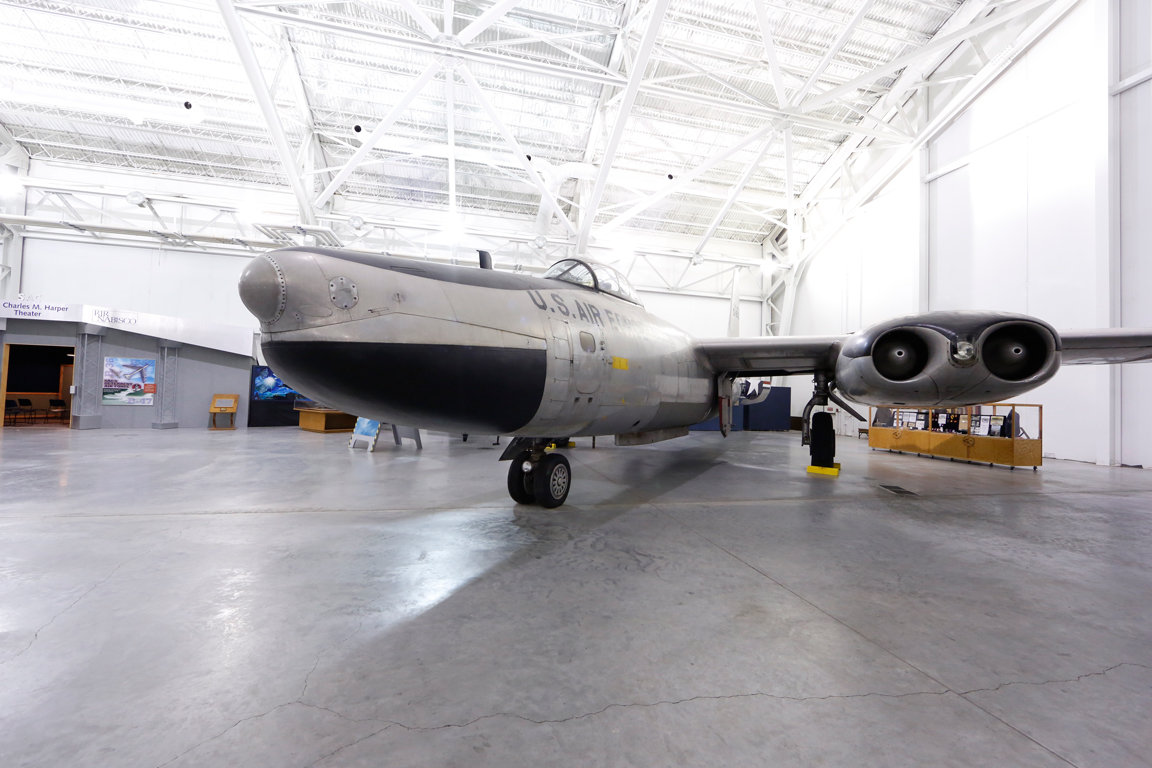 Number Built : The Air Force accepted a grand total of 142 B-45s-XB-45s and reconnaissance versions included. Precisely, the B-45 program counted 3 experimental airplanes (one of which was completed as a preproduction example and sometimes referred to as prototype), 9 6 B-45As (some of them singled out as B-45A-5s because of in-production improvements), 10 B-45Cs , and 33 RB-45Cs. The entire small contingent (51 aircraft less than originally ordered) was produced by North American Aviation, Incorporated, of Inglewood, California, with most of the aircraft being built in a former Douglas facility at Long Beach, California.