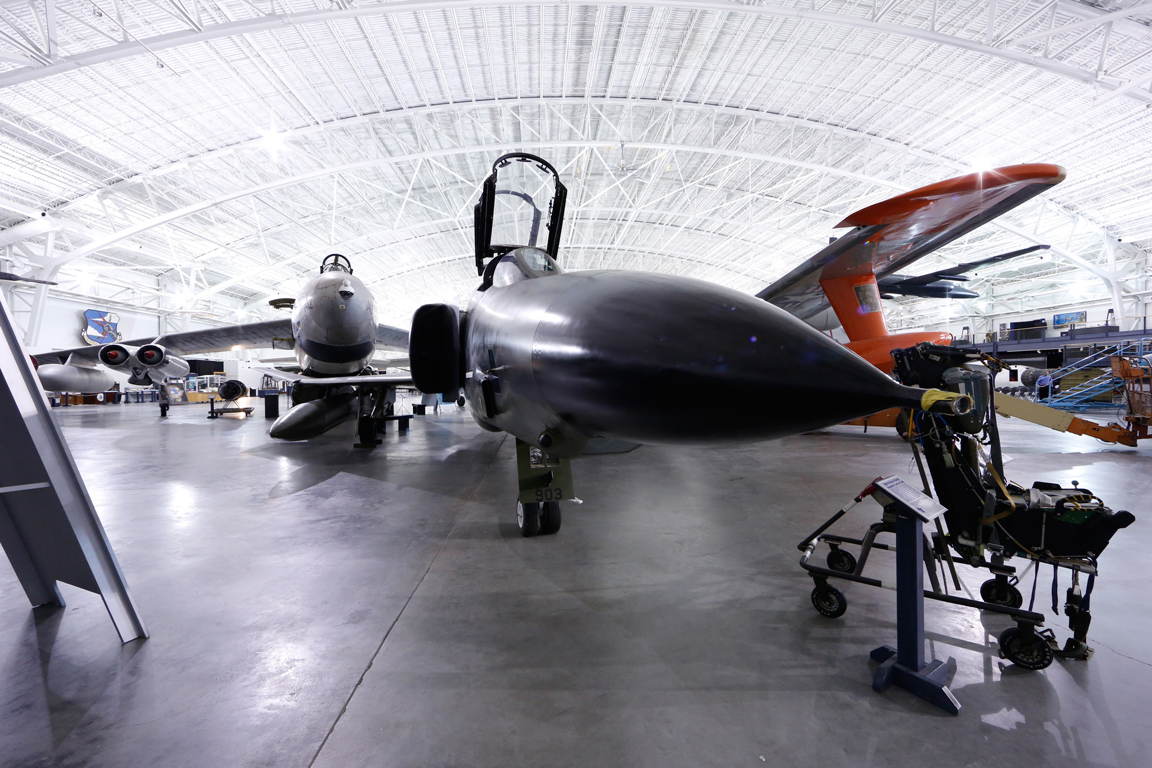 Armament: None, although some later models equipped with 4 sidewinder air-to-air missilesPerformance

The RF-4 was an unarmed photographic reconnaissance version of the USAF’s F-4C which carried a variety of film-based and side-looking radar [SLAR] sensors for the Air Force (RF-4C) and the Marine Corps (RF-4B).

In the early 1960s the USAF recognized the need for more tactical reconnaissance aircraft to reinforce the RF-101s then in service. The Air Force chose a modification of the F-4C fighter. The RF-4C development program began in 1962, and the first production aircraft made its initial flight on May 18, 1964. A total of 505 RF-4Cs were ordered by the Air Force.

The RF-4C can carry a variety of cameras in three different stations in its nose section. It can take photos at both high and low altitude, day or night. The RF-4C carries no offensive armament, although during the last few years of its service some were fitted with four AIM-9 Sidewinder missiles for defense.

The first unit to fly the RF-4C operationally was the 16th Tactical Reconnaissance Squadron. In October 1965 that unit deployed to Southeast Asia to provide photographic reconnaissance of the growing conflict in South Vietnam. Since then RF-4Cs have been involved in reconnaissance missions around the world, including the Desert Shield/Storm operation in Iraq in 1990-1991.

15 August 1966 – Manufactured by McDonnell Aircraft, St Louis, MO and accepted by the US Air Force.