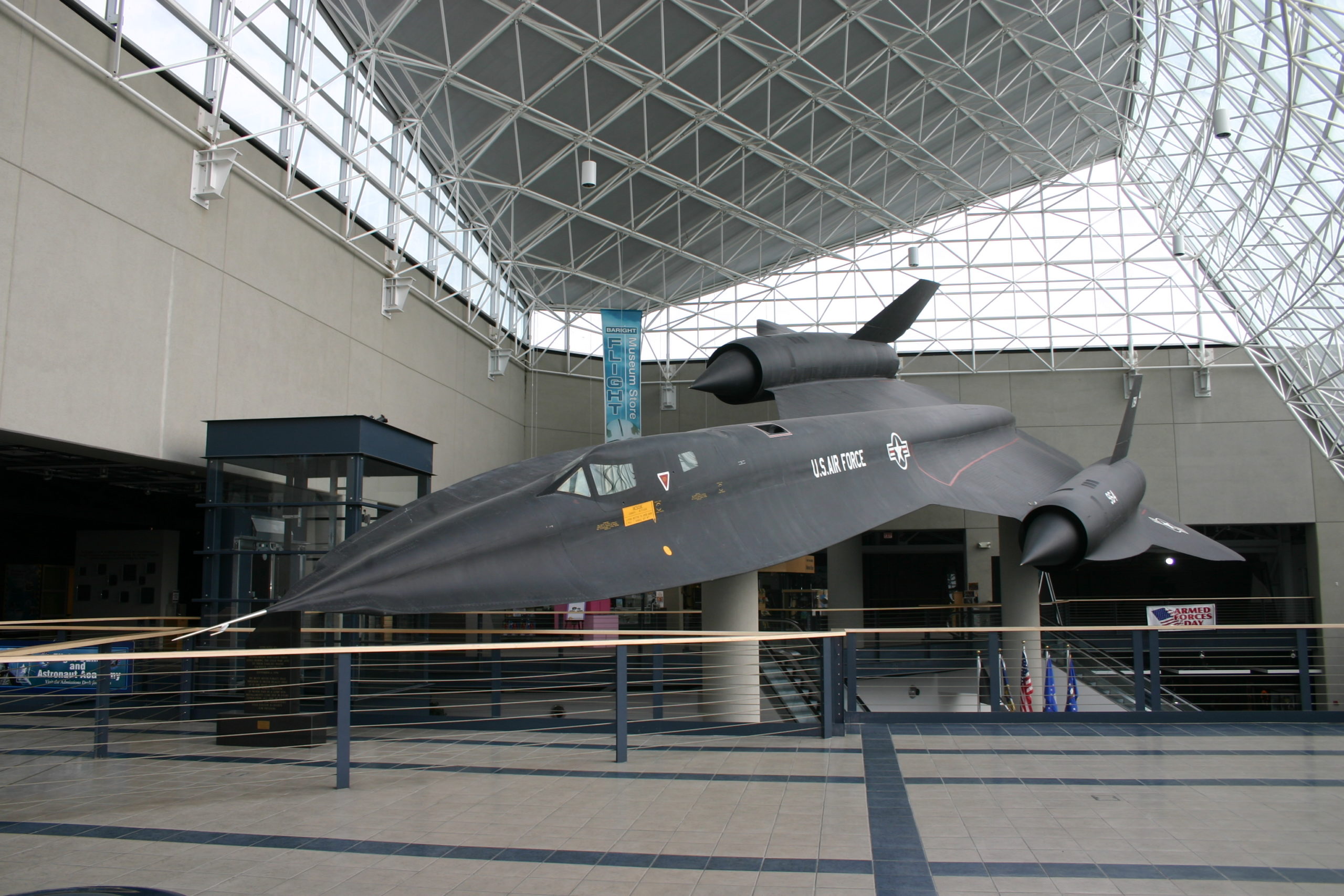 The development of the SR-71 by the USAF and the CIA was shrouded in secrecy, and came into service as a result of a decision by the CIA to acquire an aircraft with a higher service ceiling and a greater maximum speed than the U-2 aircraft. Constructed largely of titanium, it is coated with high-heat emissive black paint and used precious metals (such as gold) components to help retard the 1,100 F degree skin temperature of sustained supersonic flight.

Designed as a strategic reconnaissance aircraft, equipment included electronic intelligence collection and radar surveillance systems plus photographic equipment capable of surveying 100,000 square miles of the earth’s surface in an hour.