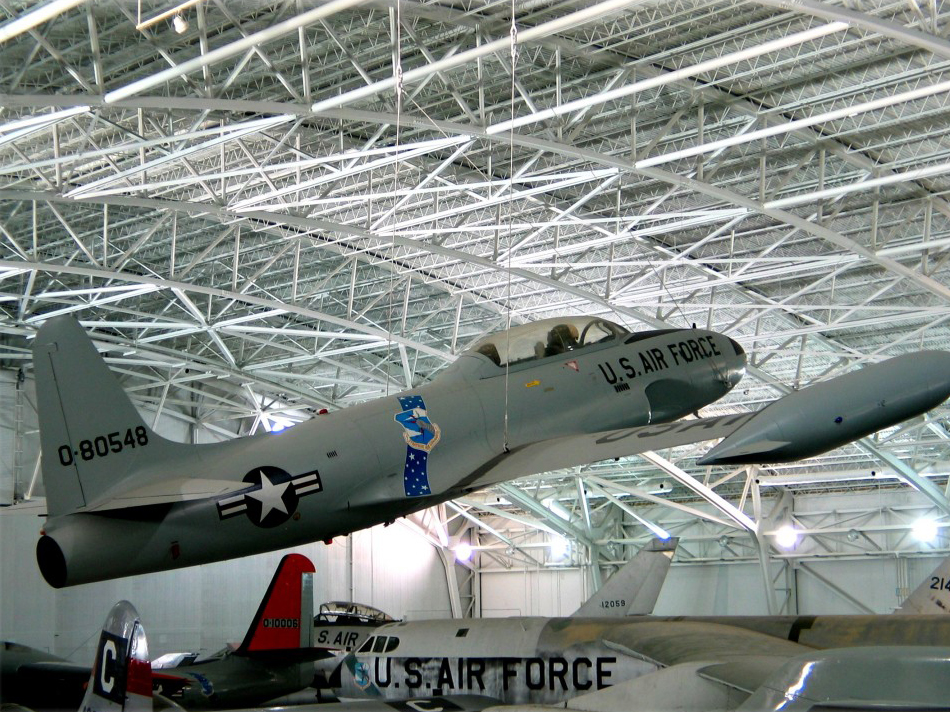 Sponsored by Abel Foundation and AMERITAS

The mainstay of the USAF pilot training program, the T-33 is the most successful jet trainer yet developed. In the 1950′s, more T-33′s were built than any other jet aircraft. Based upon the F-80 fighter, this aircraft is a stretched, dual control, two-seater which has a larger canopy to cover both cockpits.

Popular with friendly Air Forces as well, the T-33A has served in the militaries of France, Greece, Italy, Thailand, Phillipines, Taiwan, Turkey, Colombia and more. It is still active at many bases around the world. Several variations of this aircraft were developed, including a reconnnaissance aircraft (RT-33A), an attack aircraft (AT-33A), and a target drone director aircraft (DT-33A).